The P1507 code means that the engine idle is out of factory specification. Sometimes the Idle Air Control (IAC) may have carbon built up. Disconnect the car battery, remove the valve, clean, re-install valve, and drive the vehicle for about 5 minutes with the headlights and A/C ON to get the idle relearned.
If the problem persistss, the IAC valve may need to be replaced.

The cost of diagnosing the P1507 2010 FORD FUSION code is 1.0 hour of labor. The auto repair's diagnosis time and labor rates vary by location, vehicle's make and model, and even your engine type. Most auto repair shops charge between $75 and $150 per hour.

The P1507 code sets when the Powertrain Control Module (PCM) detects an engine idle speed that is less than the desired RPM. 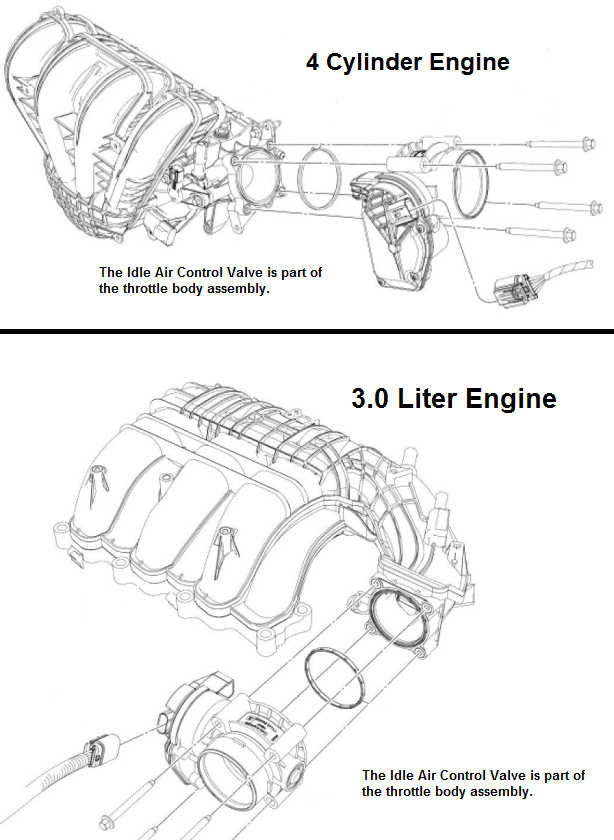 Need more information on how to fix the P1507 2010 FORD FUSION code? Get Access to Factory Service Manuals

Get the P1507 2010 Ford Fusion code diagnosed by a professional: Find a repair shop in your area

Help us improve AutoCodes.com. Leave a comment below or tell us if the information above helps you fix the code. What are the symptoms on your vehicle for the P1507 2010 Ford Fusion code? Have you replaced any parts?
Any information is appreciated. Thanks
Top ⇧
Repair Importance Level: 3
1=Low 2=Medium 3=High What is this?
Repair Difficulty Level: 2
1=Easy 2=Moderate 3=Hard What is this?